My Made in Chelsea Moment 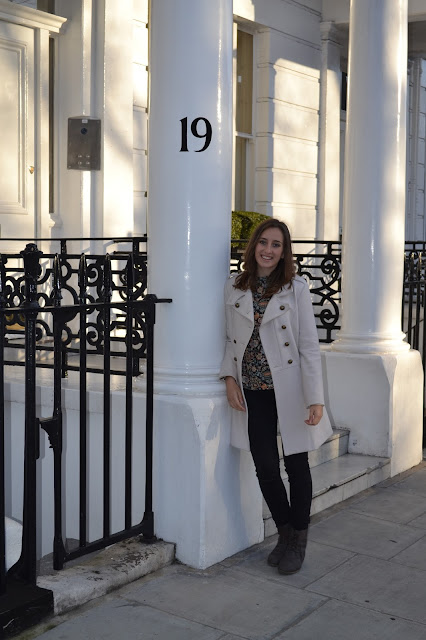 Remember how last time I was warning you about the potential faux-pas of getting too excited on London's famous double-decker buses? Well, let me tell you that I've unwittingly stumbled across another potential issue in our UK adventures, and thought it best to warn you, in case you feel like you might have the same done to you.

I'm an avid fan of Made in Chelsea: it's pompous, it's fabulous, it's ridiculous, and it's just bloody easy-to-watch TV, if I'm being honest. Visiting Chelsea and the King's Road and the wonderfully winding roads of white columned terraces was therefore a must. And there are a hell of a lot of white columned terraces in Chelsea - like, possibly thousands (slight exaggeration, maybe...) - and you'd think taking a quick snap in front of one of these esteemed homes would hardly be an issue. Well, ladies and gents, it usually wouldn't be, and probably won't be for you if you try this mock MiC moment, but for me... Well, let's just say that out of the thousands (ahem) of terraces we walked past, I managed to pick the one house whose owner was walking behind us. The *exact* house. And do you know what I did? I bloody well stood there and got a photo, didn't I. Didn't bother to move over, didn't ask whether it would be ok to take a photo...nope, I took it. For one, I was already too deep in the pose to make it look like I was casually standing by his home as I took a break from all the exhausting mimosa-drinking-drama-exploding moments that happen so frequently on MiC. And to be quite frank, I didn't even notice the poor guy standing there, leather shoes and suit, waiting patiently to be allowed access to his very own front door. 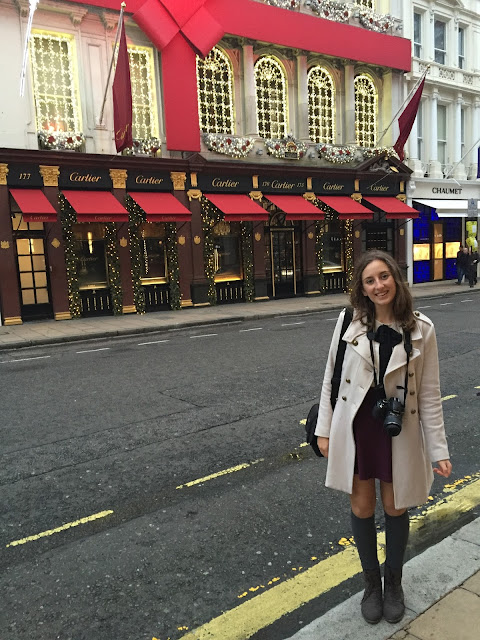 If you were able to look through my snaps from the first week we had in London, you'd be forgiven for mistaking me for having been there during Christmas. But, as we learnt in my last post, I certainly was not in the UK for Christmas, and as such as soon as we landed I knew we had to do everything and anything Christmassy - because who knows when you're going to be in London near-Christmas-sort-of-end-of-December again? Not me, and I'm a huge, 'let's do everything we can while we're here' kinda person. None of that waking up late when on holiday.

This was nearing the end of our first day in London: we were tired, hungry, our feet hurt, and we had stayed up most of the previous night jet-lagged and binge-watching The Inbetweeners on UK television. But, we'd also managed to visit Oxford St and see the decorations (Christmas bucket list number 1: check!), stumbled across the unbelievably beautiful Cartier building (number 2: check!), aaaaand managed to get what I like to call 'pole position' (four times!) on the double decker buses traipsing the city. Don't ask me how I did it...the Brits, I was later told, like the idea of queues, and jumping queues excitedly as you wind your way up the stairs to the front row, is apparently frowned upon. Note to self: try not to look too much like a local as you explore good old London town. But actually, do, because pole position is just too much fun to miss xx
Posted by Jacqueline at 9:25 PM No comments: 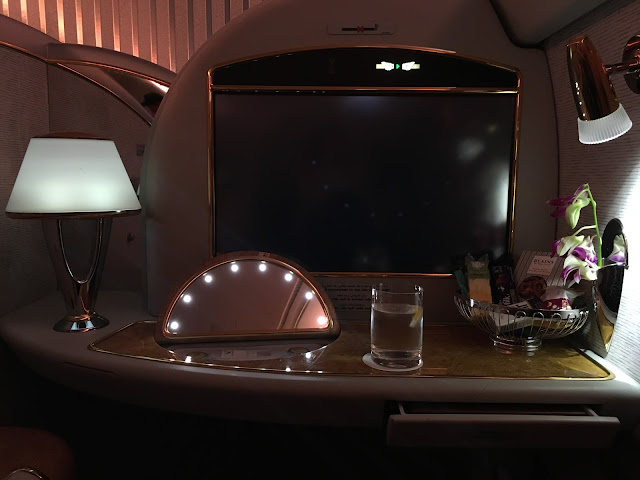 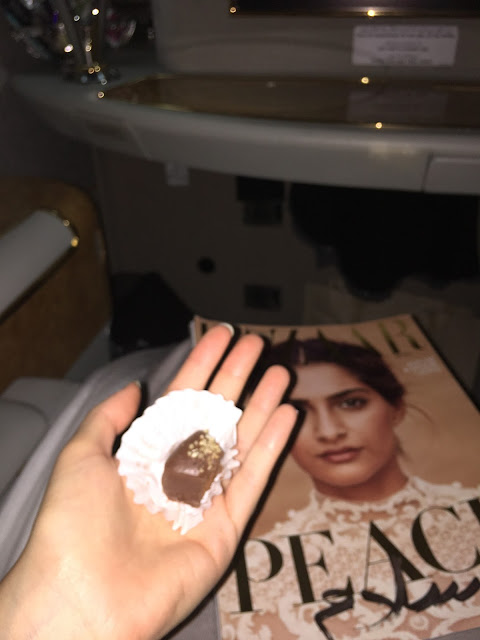 You’d think hosting a two-day Christmas event the day before you fly out to England to move for 6 months would never even cross someone’s mind – surely you wouldn’t put yourself under the strain of cooking, cleaning, hosting, preparing, dancing, swimming, singing and present-giving right before a major life change?! Well, of course rationality goes straight out the window when Christmas is the main tune of the month (or, let's be honest, the best part of November and December). We had the most lovely time, with scores of family members around until 11pm, and our alarms set for 2am.

Now, imagine your cousins, Aunty and Uncle all rocking up to the airport at 3am the next day to surprise you...but you've already gone through customs and can't go back out again to see them. Yep, that happened. Stubborn enough not to want their presence go to waste, we organised a way to converse using our mobiles and staring at each other through the glass between terminals. It was honestly a genius 3am moment, if you ask me! Saying goodbye after their incredible effort was the must heart-wrenching thing, and truth be told, while I was lucky enough to be flying First Class on the Emirates A380 (pinch me, I know!) I still couldn't help but cry as we took off towards one of the greatest adventures in the world...
Posted by Jacqueline at 8:58 AM No comments: 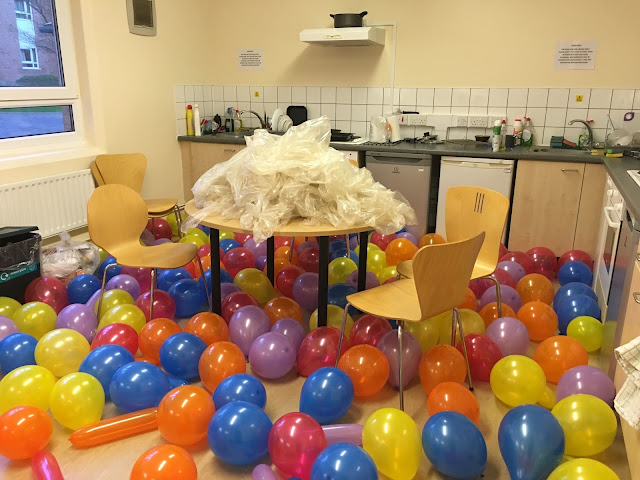 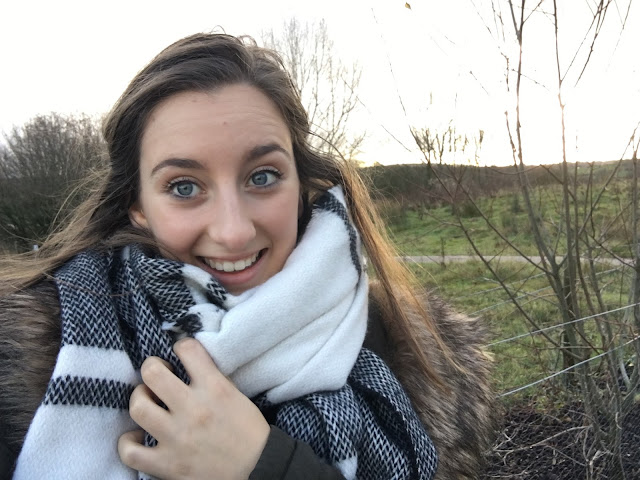 I haven't told you any of this yet...but I've moved to England to study abroad for a semester at Lancaster University! As of next Tuesday, it'll be a month since I've lived here!

I can't wait until you hear about all the amazing opportunities and experiences I've had in this teeny tiny month abroad so far (with 5 more to go!), and hopefully inspire you to travel if and while you can, and to realise that those first few days alone when everything seems a huge mistake are only your brain tricking you into freaking out!! But before Lancaster, there was London, and we should really start at the beginning, don't you think?

But, just so I'm not teasing you TOO much, I can let you know that this past month has seen a road trip through England, seeing snow in Glasgow, medieval walls in Chester, mustard-coloured bedsheets, balloon pranks, a whirlwind weekend in Amsterdam, castle tours, fairy lights, Rubik's cubes, games nights and washing machines. But first, there was London...
Posted by Jacqueline at 11:00 PM No comments:

Sculptures by the Sea: A Snipet 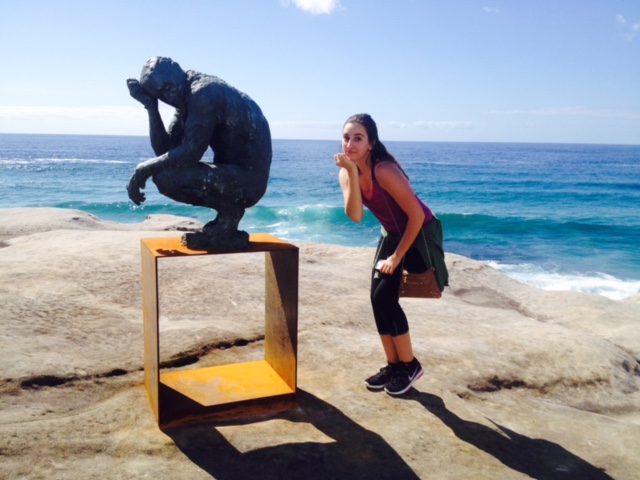 I won’t lie – I was feeling slightly absurd taking this photo, since I very obviously couldn’t get the hand positions right (darn statute, your pose game peaks!). But, alas, pretending I’m a work of art while both next to and in front of beautiful art pieces (yes, the gorgeous Bondi horizon counts) kind of washes me out, don’t you think? Nevertheless, my trusty bestie and I wandered through all the gorgeous art at Sculptures by the Sea, and met incredible characters along the way, in true, laid-back Bondi style.

Now, I’m not one to take favourites, but this walk provided us with so much people-watching fodder that it’d be hard not to. Of course, my fav had to be the man who took pity on my overly-enthusiastic assertions about the fact that his tiny grey toy poodle had to absolutely be the CUTEST thing I have ever seen in my life! Like, I’ve NEVER seen ANYTHING cuter EVER! You get the gist. Anyway, after hearing my animated comments, the man, without saying a word, scoops up his little fluff ball and plants him in my arms, for me to carry and cuddle forever and ever and ever…well, for the next five minutes anyway. And while my bestie made rather knowing chats to the man about owning poodles herself, I was left alone to play with my new friend, Toby, the 13-year-old grey girl poodle (yes, HER name was Toby. I suppose nowadays that isn’t quite so ground-breaking, but when she was born way back in 2002, I’m guessing it rather was).

A close-second to Toby would have to be the plethora of small school children running again and again through a sculpture of a pig, whereby the aim, according to these schoolkids, is to run as fast as you can through the mouth and out the butt (funny sentence patrol, come get me), then giggle copiously and move straight on the giant water-fountain detergent bottles. Of course, once the school kids had moved on to another section of the beach, my bestie and I made sure to follow their lead and giggle as we ran through the cast-iron pig over and over again.

Considering the amount of people gathered to look upon the statue in that photo up there, I’d say me and my bestie also became conversational fodder for everyone else we were people-watching (people-watching-inception, if you will)!
Posted by Jacqueline at 3:00 PM 2 comments: 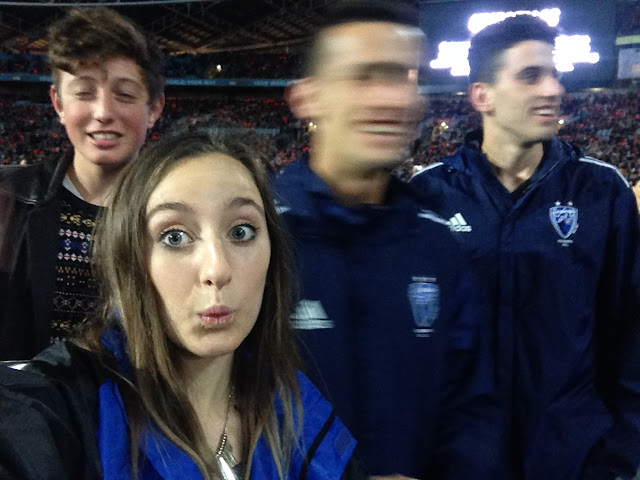 The crowds screamed and flashed their phone lights and glowing merchandise as me and my entourage (conveniently wearing matching jackets) traipsed into the middle of the arena. The fans screams became louder and more enthusiastic as the lights were dimmed: “ACDC, ACDC…” Wait, what?! That’s not my name? No, I guess the crowds aren’t here for me. I’m part of the crowd. I’m here for the AC/DC concert. Right, ok, glad we’re back on the same page.

To say I could understand a word these rock legends were singing would be false – I honestly hardly recognised any English there at all. But the atmosphere was cool, they were pretty cool, and the fact that the weather held out and didn’t rain but rather allowed a nice breeze to filter through the masses of people was pretty cool, too. AC/DC, rock on!
Posted by Jacqueline at 9:48 AM No comments:

Jacqueline
I live my life by the motto: "If you have good thoughts, they will shine out of your face like sunbeams, and you will always look lovely." (Roald Dahl).